May the 4th Be With You

I was going to right up a nice tribute to some aspect of Star Wars fandom today but I didn't get a chance to due to other work commitments. Maybe next year. Instead I'll leave you with this:

Caravan of Courage: An Ewok Adventure (1984) 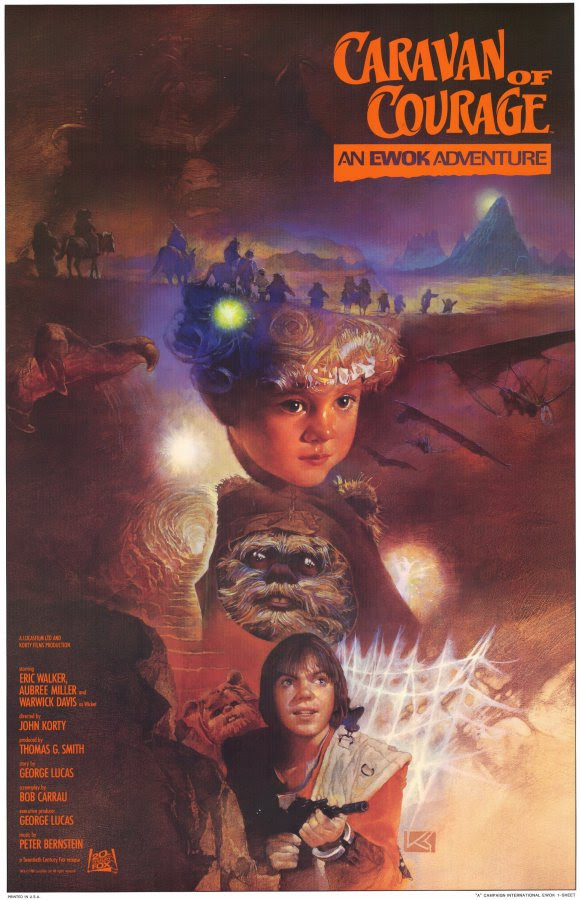 "The Towani family civilian shuttlecraft crashes on the forest moon of Endor.
The four Towani's are separated. Jermitt and Catarine, the mother and father are
captured by the giant Gorax, and Mace and Cindel, the son and daughter, are missing when
they are captured. The next day, the Ewok Deej is looking for his two sons when they find
Cindel all alone in the shuttle (Mace and Cindel were looking for the transmitter to send a
distress call), when Mace appears with his emergency blaster. Eventually, the four-year old
Cindel is able to convince the teenage Mace that the Ewoks are nice.
Then, the Ewoks and the Towani's go on an adventure to find the elder Towanis.
-  Grand Admiral Murphy"

Submitted by M.E Strange
Email ThisBlogThis!Share to TwitterShare to FacebookShare to Pinterest
Labels: Ewok Adventure, May the 4th Be With You, Star Wars