I've wanted to read Marvel Comics - The Untold Story since its release, but couldn't decide if I would enjoy it enough to justify the price (or its 500+ pages). Although comics in general and Marvel Comics in particular interests me a lot, I am not a big fan of non-fiction books like this. I have yet to finish Bob Dylan's Chronicles, and he's one of my favorite artists! But I received the book as a Christmas present, and so I started reading. 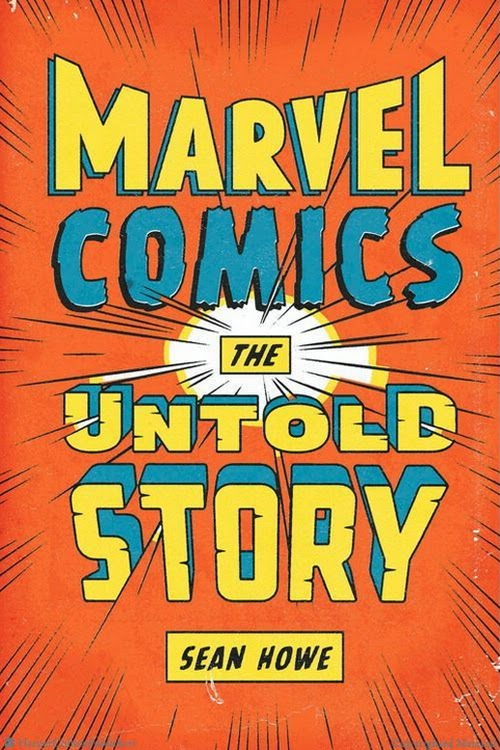 
Coeur de Pirate, also known as Béatrice Martin, is a French-Canadian singer, whose debut self-titled album was one of my favorite things of 2008. She released another album in 2011, Blonde, almost as beautiful as the first. Now there's another release, this time entirely in English.

Read more »
Submitted by Marc C. No comments:
Email ThisBlogThis!Share to TwitterShare to FacebookShare to Pinterest

Let's be honest here. Which 20-something hasn't used a mobile application to filter their pictures for photo social networking sites like Instagram and Hipstamatic? I know I have, and I have at least 20 friends that do the same. But the real question is...why? In an age where we have high quality DSLR, point-and-shoot, and cell phone cameras that capture vivid, true color photos, why do we have the desire to alter our images, making them look decades older than they actually are?

Is it nostalgia? Maybe, but is that nostalgia real? Genuine nostalgia can't really be felt unless the person, who is looking at the photograph, was there to experience the effects of the time in which the photograph was taken. The nostalgia is, in essence, imaginary -- make believe. So what do we feel instead? Or, a better question: what is the drive behind filtering photos?

Young adults today are probably the largest demographic on the planet that suffers from (or revels in) feelings of vanity. We have the tools to show off, so we do. And because we know other people will view our photos, we keep posting "selfies" of ourselves in the mirror or sitting at the computer. Why? The photos let others see of ourselves are usually carefully chosen to present some kind of persona, even if that persona is occasionally a little weird.

Willa Murray
Verbose at times. Succinct at others. Currently pursuing a master's degree in Literary, Cultural, and Textual Studies at the University of Central Florida. Also, a writing professor at Valencia College. Seeking new ways to challenge my own sanity everyday.

I'm back from sunny Brazil with my first post of the year, hoping you all had great holidays.

So for the first post, I'm kicking off our Best of 2013 series. The idea is that we each make our own lists, and they can be in any way, shape, or form we want. As long as they're about pop culture, anything goes!

I decided to do three posts with a bunch of lists each: Music, Film, and Misc. Misc should be the last one, obviously, and I'm not done watching all the films I wanted to see that came out in 2013, so I'm starting with music. And no, I haven't heard even half the albums I wanted to in 2013, but I've already accepted that's not happening for a long time, so I might as well just make a list of the best music I did hear in 2013... and one of the best music I did not. Mavis Staples not only has a wonderful, beautiful voice, but she knows how to use it, which is not something you can say about everyone. This particular album was produced and partially written by Jeff Tweedy, of Wilco fame. That really shows in the arrangements, and the result is truly one of the best, most chilling things I have heard all year. It's also a record that works on many different occasions, so you know you'll get a lotta bang for your buck. It's hard to pick a highlight, but I am particularly fond of What Are They Doing In Heaven Today?, an old staple that I always appreciated a lot and which sounds amazing in her voice. Do not miss this album.