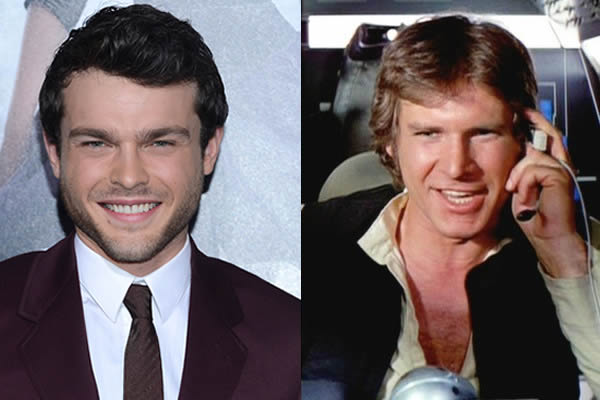 Alden Ehrenreich (left) who has been cast as the new Han Solo, originally played by Harrison Ford (right)

With the announcement of Alden Ehrenreich as the new (young) Han Solo, many fans are calling it blasphemous and unwarranted, while stating that he doesn’t look enough like Harrison Ford to get the job done. While there may be some merit to those accusations, Star Wars has seen recasting before in Obi-Wan Kenobi and even as recently as the “new” Mon Mothma, who I am personally glad to see return after her deleted scenes in 2005’s Revenge of the Sith.

But to many, Harrison Ford is irreplaceable. And to be quite honest, I concur with that thought. He has a certain chutzpah that no one else can capture to its fullest extent. He is exciting to watch; even during a scripted scene, he always seems to be unpredictable in a way that makes you want to see what he does next.  He has a talent for captivating audiences, and selling dialogue better than it would appear on a written page.

Yet, cinema is plagued with (often unwanted) reboots and remakes, and an overabundance of sequels (I’m looking at you, Ice Age 5), which are occurring at a pace faster than people who remember the originals are dying. Remaking and recasting films with less than thirty years on them seems to be the popular thing now, and common feelings are that they only serve to tarnish the memory of the original (“Thanks for killing my childhood” – Overdramatic Fanboy #8675309). But in rare cases this can work (Ewan McGregor anyone?).

While Harrison Ford may not be replaceable, this is not the first time another actor has tried to fill his (always somewhat fashionable) boots. But is it more about the actor or the character being portrayed?

So with that, I invite you to the first installment of this new series I’m trying out, with a new discussion on an old topic.

A preface: This is my first post here. Woo! In short, I am an 80's/Sci-Fi/Superhero movie fan with a strong emphasis and way too much knowledge on Ghostbusters, Back the the Future, Bill & Ted, Doctor Who and a number of other properties. Ghostbusters is extremely special and I've been watching it longer than I am able to remember. As a kid I walked around in a Ghostbusters jumpsuit with my plastic proton pack, carrying my Kenner figures and Ecto-1, and strictly called my mother Egon for some reason. In 28 years, only the calling my mom Egon thing has changed.

But enough about me, on to the main subject, a bit of excitement from yesterday!
(Note: some of my post was previously posted in the comments of our We Got One trailer release post yesterday. Sorry if you've read any of this already)

Well, it's that time of year. It's finally come. After all the talk and discourse it's time for the people of America to gather together and make an important decision that could potentially affect the entire country: "Should we go see the new Ghostbusters?"

Ghostwatch 2016 will be our up-to-date(d) coverage leading to the Summer release of Ghostbusters (2016). Let's not bury the lead, let's get to watching the first full trailer for the new film.


Well, what do we think? Are you excited? Are you apprehensive? What will the tone be? Let's have a (positive and restrained) discussion in our comment section about this first look of the newest jewel in the GB crown. Myself and Brute Squad member FOX will be moderating.


[Editor's Note: Please, respect everyone in the comment section. I hate to have to say this, I understand Ghostbusters brings up a lot of emotion from people, but that is no reason to get mean or nasty. Passionate is fine, sexist is not. All comments deemed as such will be deleted. Let's have some fun people.]
Submitted by M.E Strange No comments:
Email ThisBlogThis!Share to TwitterShare to FacebookShare to Pinterest
Labels: Film, Ghostbusters, Ghostbusters 2016, Ghostbusters Remake, Ghostwatch 2016, movies, Remake, Teaser, Trailer

Because no one asked for it...Offical Culturally Significant Store coming soon.

I know we have been deadly silent recently but that's because we got lots of project in the works. Hopefully March will see the (gallantly?) return of regular updates. For right now we leave you with this unasked promised...our first official store. 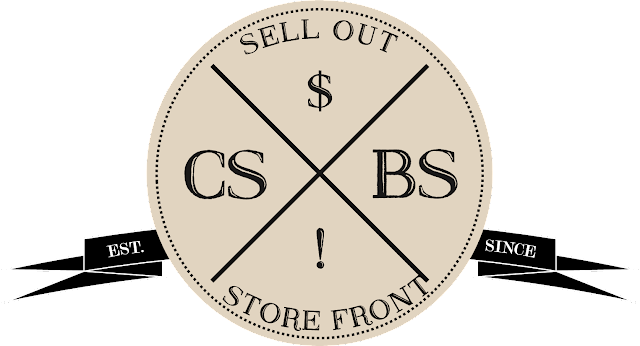 IT Came from Kickstarter: Don't Cuddle the Krampus

I haven't had the time to do an official "IT Came from Kickstarter" for "Don't Cuddle the Krampus", the newest campaign from WARPO Toys. You may recall WARPO from their successful 70's throwback "Legends of Cthulhu" toyline. 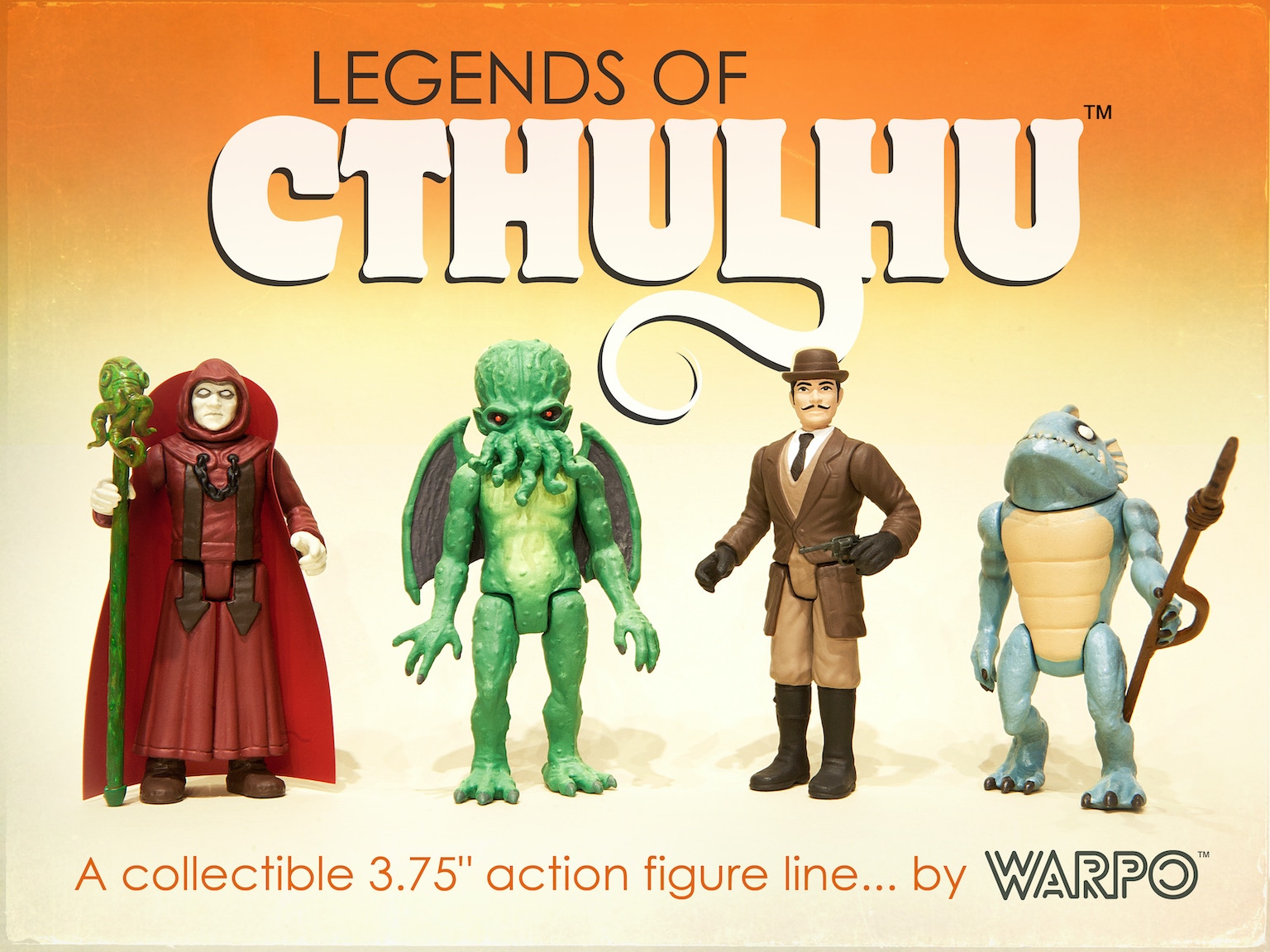 Now the team at WARPO are moving forward into the 80's to hit on the current Krampus craze with a loving tribute to the so-called grossout toys of that era. 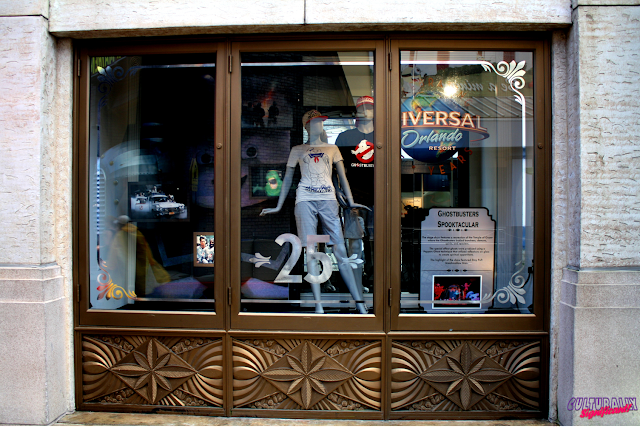 In celebration for the 25 anniversary of Universal Studios Florida the theme park has decorated windows in their official store in memory of the rides and shows that have left us since its opening in 1990. This window represents the Ghostbusters Spooktacular stage show.
Submitted by M.E Strange No comments:
Email ThisBlogThis!Share to TwitterShare to FacebookShare to Pinterest
Labels: Ghostbusters, universal studios, Universal Studios Florida

It's Thanksgiving. That means one thing...

Shout Factory and MST3K will be live streaming all day. So sit back, eat ya turkey, and riff on some classic experiments. 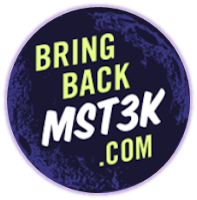 In honor of #BringBackMST3K go ahead and share below in our comment section your favorite Mystery Science Theater 3000 episode. Keep those tapes circulating. 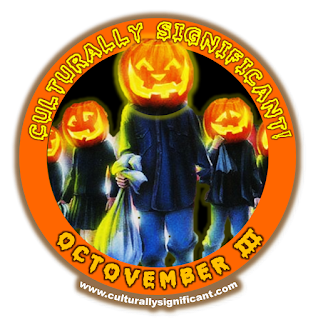