Well, it's Thanksgiving and that means Octovember is over.

Just wanted to stop in and say the we are now the proud owners of a top-level domain. Our official new url will be "www.culturallysignificant.com".

Wait, no one had ever used
"culturally significant"
as a DNS till now?

It's a common phrase used
to describe pop culture deemed-

As I was saying, we are very excited with this recent development and hope that not only does it allow new readers able to find us easier but also lets fans able to share our goofy dedication to pop culture with everyone. In that regard we fashioned a photo that he hope you could share with the online world to make to speed the process along.

Read more »
Submitted by M.E Strange No comments:
Email ThisBlogThis!Share to TwitterShare to FacebookShare to Pinterest

As it was mentioned before, Wes Anderson is a house favorite here at Culturally Significant. While we all wait for his next film, The Grand Budapest Hotel, which comes out next year, here's an appetizer for us Anderson admirers.

A trip to a psychedelic world of fluorescence

So I've been away from this blog (and most other things) for the past month, though I had good reason for that. Unfortunately that means that I missed most of October, but thankfully now we have Octovember!

And few things could be more appropriate for Octovember than a story about my trip to Electric Ladyland, the very first fluorescent art museum in the world. I think it's impossible to be at a certain age today without having grown up being fascinated by glow-in-the-dark things. I know my friend M.E. Strange is a big fan to this day, for one. And so is Nick Palladino.

Nick is an artist from New York City who's been living in Amsterdam for a long time. Here, he and his partner Michelle Delage opened a studio and gallery dedicated exclusively to fluorescent art, which later led to the creation of a museum. Now, it's true that most of the things to be found there are not the glow-in-the-dark toys you or I may have had as we were growing up, but they are nonetheless very impressive.

Well, Halloween is over. 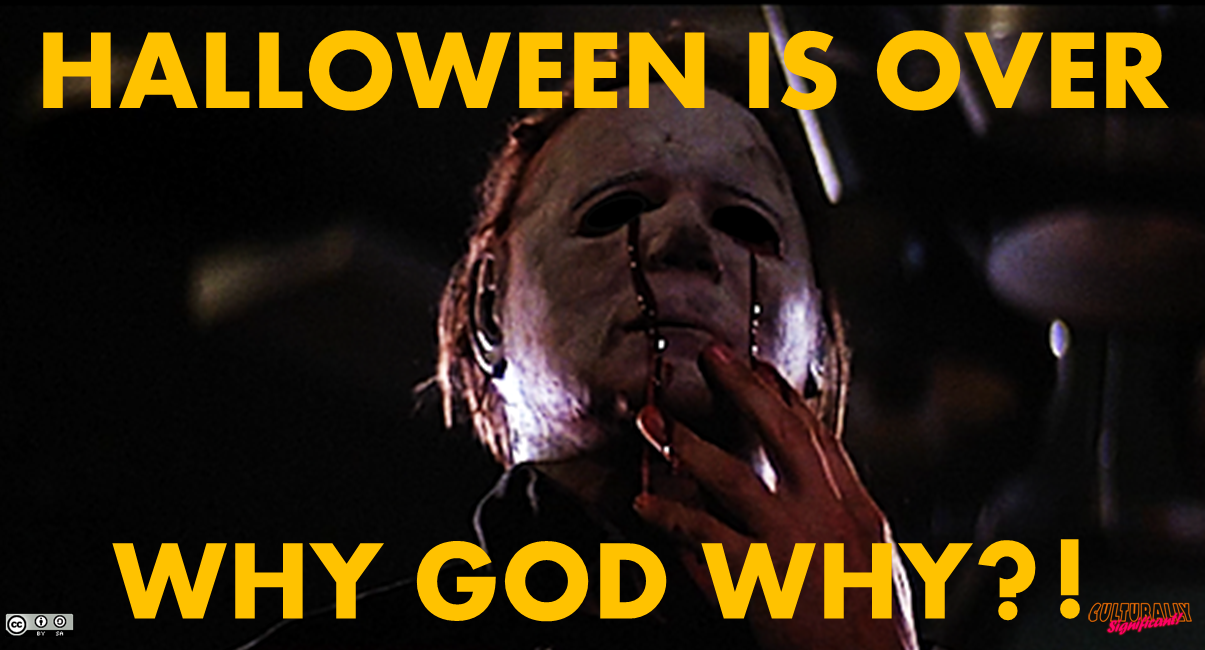 Terror and Horror: Brothers in Arms

This is my first post with the Cult Significant, and to make up for totally missing Halloween due to teaching, grad school work, and a splitting headache, I've got something a little two-sided to bring to our table. Today,  in honor of yesterday's Halloween and in preparation of next year's Halloween, I present to you terror and horror.

Willa Murray
Verbose at times. Succinct at others. Currently pursuing a master's degree in Literary, Cultural, and Textual Studies at the University of Central Florida. Also, a writing professor at Valencia College. Seeking new ways to challenge my own sanity everyday.
Newer Posts Older Posts Home
Subscribe to: Posts (Atom)